Are you also afraid of burglars and thieves?

And why did such fear arise in you at all?

Indeed - most of us are scared of robbery, usually - because of old karmic debts.

As we reincarnated many times, it is most likely that more than once, we have committed offenses against others.
Most of us have unclosed accounts from the past, and from previous incarnations, cases where we took something that did not belong to us and exploited another person.
This can be an offense that we committed by ourselves, or even by our family members who stole from others.

A person may feel that he is carrying with him bad karma that he needs to correct, and in most cases, he does not even know the nature of the offense he has committed in the past.
When a karmic debt of theft accumulates, the soul knows it, and arouses in man an inner urge to correct the wrong and close the account.

If a person lives at a simplistic level of consciousness of "reward and punishment," and subconsciously believes that he should be punished, his offenses will be rectified in the same token:
theft against theft, eye for an eye.
This is the reason for the constant and unexplained fear that someone will come to steal his property from him or harm him. 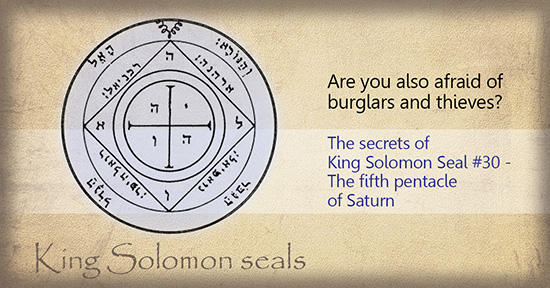 Fear of theft, and of anything, can be harmful:
It controls the thoughts and generates energy which materializes itself in physical reality.
“For the thing which I greatly feared is come upon me, and that which I was afraid of is come unto me.” – (Job-3,25).

When a person is afraid and feels threatened, he may incur decrees.
One of the decrees is expressed as damage to property, burglary, robbery, etc.

If your home was broken into, and your property was stolen from you, you would surely feel angry, but at the same time - you should know that you paid a compensation for an act of previous incarnation, and the decree that hovered over your head receded - the story is over.

The Kabbalah teaches that when you are robbed, it is possible that the theft came to atone for a worse threat:
Therefore, in such situations, do not grief too much, because the decree could have been more difficult:
your physical or mental health could have been harmed, and instead - you just lost money (or property).

Decrees that fall on a person because of past crimes may be harsh, but still, can be alleviated:
If you feel that bad karma is hovering over you, and whether you do not - it is always recommended to be generous and give charity to transform your vessel.
Recompense others by donating money, which atones for possible physical or mental harm.
Through deeds for the benefit of others, you will feel cleaner and worthy for the light of the Creator - and He will indeed shine upon you and fill you with abundance.

And at the same time - it is very important to maintain the energy in the house purified, and the remove contamination from the workplace or places where you spend your time.
Impurity in the home causes the spiritual weakness of everyone who lives in it.


For this purpose, you can be helped by one of King Solomon seals:
This is seal #30 - the Fifth Pentacle of Saturn.

The seal is intended for those who are afraid of losing their assets, property or achievements.
It guards the house and its contents from burglars, perils and the forces of evil, protects everything that is dear to you, from loss or damage both in matter, and in body and mind.

On the seal appears the verse: “the great God, mighty and awesome”
(Deuteronomy 10-17)
The seal bears the explicit name YHWH and the names of four angels.

The seal helps to convert the high price you are about to to pay for past misconducts, so that you are not not harmed physically or mentally.

What to do with the seal?
It's not enough to copy and cut out the seal image and keep at home -
King Solomon's seals must be activated in the right way so that they affect our energy field.
In order to assimilate the energy of the seal within us, we need to resonate at a high spiritual frequency.
For this purpose, there is a proven method by which it is possible to activate the seal and ground its frequency in our consciousness.