Believe it or not…
Hitler’s soul was a Priest type of soul.

According to channelings received from the entity Michael (which is actually a cluster of developed souls that no longer descend to incarnation), there are seven archetypes of souls, each of which has a unique function:
Servers, Artisans, Warriors, Priests, Scholars, Sages, and kings.
(Credit is given to personalityspirituality.net that presents the topic in full detail.)

The Priest souls seek to serve a higher good by being a source of inspiration to others.
Priests feel a sense of mission, a higher calling, a need to make the world a better place.
They do so by igniting and stimulating the same sense of purpose in others. 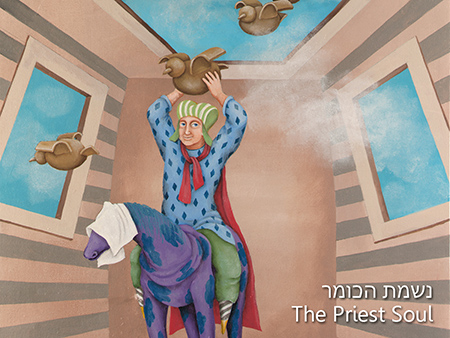 Priest souls are both inspired and inspiring. They feel driven to move everybody on to higher things.
Priests like to lead others up mountains.
They stir, inspire and arouse change by openly proclaiming their vision of a better way.
The purpose of any Priest is to serve the higher good — that is, whatever the individual Priest envisions as the highest good for all.

Different Priests will define the highest good in completely different ways, particularly as they evolve through the soul ages.
The thrust, however, is always the same: to catalyze change in others, to promote a better way of being.

All soul types have positive and negative manifestations:

In the negative manifestation, however, a Priest can descend into manic fanaticism, being intensely self-righteous and preachy, determined to convert everyone to a single vision whether they like it or not.
“I know what’s best for everyone – my way is the only true way!”

Moreover, the Priest’s sense of a higher ideal or better way is not necessarily everyone’s idea of a good thing.
It can even be “evil” by most people’s standards.
Adolf Hitler is probably the prime example of a Priest manifesting this “dark side of the Force”, the most negative and evil aspect of the essence of the Priest’s soul.
His strong desire to purify his country from “inferior” race of people helped him to sweep the masses and convince them to commit crimes against humanity.

Needless to say, in order to spread light in the world and to serve humanity in the most beneficial way, we must focus on the positive and enlightened aspects of the soul type that characterizes us - and stay away from the destructive tendencies inherent in it.

When was the last time you encountered a Priest soul?